Robotic vacuums have come a long way since they were first introduced to consumers. Their suctioning power has improved, along with the small vacuum’s ability to navigate a room. Unlike earlier models that frequently got lost trying to find their way back to the docking station, newer ones rarely have that problem. These technical advances make the robot-vacuum more convenient, but can it clean the floors in the dark?

Most robot vacuums can clean in the dark using infrared technology that scans for obstacles in the device’s path. However, some models may be too loud to run at night, and others won’t work as well with the lights off, so the specific model’s capabilities matter.

To put it simply, thanks to the included infrared hardware, most robot vacuums can clean at night without a problem. However, as it was just noted, you may want to take note of just how loud it is before you try sleeping with it enabled at night. The last thing you want is a noisy robot vacuum keeping you awake at night which is yet another reason why it’s best not to consider a robot vacuum as a replacement for a traditional one (our discussion on this).

Robot vacuums are a little more complicated than traditional vacuums mostly because the small sweeper has to clean and maneuver by itself (more on what they can do in our guide). The vacuum receives power from the rechargeable battery and navigates the space through a variety of sensors. Air suction technology – along with small rubber brushes – removes dirt and debris as the robot vacuum sweeps the floor.

How A Robot Vacuum Protects Itself From Damage

While all of the small vacuum’s components are necessary, it’s the various sensors that help it clean in the day or at night. It also uses a sensor on the docking station to measure the room size, data that the automatic vacuum uses to map out its cleaning path. Additionally, object sensors in the bumpers prevent the device from bumping into furniture and other items on the floor.

In other words, you don’t need to turn the lights on for the vacuum to “see” obstacles in its way. It’s worth mentioning that you don’t have to worry about it falling down the stairs because there are “cliff sensors” on it that stop it from doing that, in fact, we’ve talked about this before. There is another type of sensor on the bumper’s side.

Referred to as wall sensors, they allow the vacuum to sweep against edges without bumping into them. You can also use a stationary device to create boundaries that prevent the vacuum from leaving a specific area. You can accomplish the same thing with a sturdy object placed at the point you want the vacuum to stop.

How Robot Vacuums Work in the Dark

Robot vacuums use their different infrared sensors to guide the device through dark rooms. Some, higher-priced models, also come with 360-degree cameras. Mounted on the top of the vacuum, the camera is surrounded by LED lights that help light its path. With that said, not all robot vacuums come with cameras and this can be a problem in some cases because it often reduces the ability to see what’s going on.

What’s amazing about robot vacuums is the fact they’re able to actually “see” the dirt in from of them. The brushes will still pick up any small debris as the vacuum travels across the room. If you’re looking to spend less money, you can get a robot vacuum without a camera, but they won’t be quite as good, especially at night. With that said, cameras can also come with their own set of issues.

Cameras and Other Problems with Light

Sometimes, having a camera can prevent the robot vacuum from cleaning dark rooms for a specific reason: the camera needs light to see the room. Some models come with LED lights that prevent this problem, but if yours didn’t come with an LED light, you’ll need to leave a light on, which is obviously not ideal if you’re trying to sleep at night (unless it’s for another room).

Too much light is also a problem for some robot vacuum because bright sunlight or fluorescent lamps turned on high can affect the vacuum’s performance. Bright light can drain the battery causing the vacuum to move sluggishly. Slower moving robot vacuums aren’t able to thoroughly clean your floors.

Most robot vacuums come with sensors that can tell the difference between dark floors and the space that denotes a ledge or stairs. However, some cheaper models will have problems going over dark-colored flooring. It usually only applies to hard floors, the slight lift that comes with carpeting often doesn’t trigger the cliff sensors.

Automatic vacuums that come with cameras can also have problems cleaning dark surfaces. The lack of light can result in the device turning around and going back to its docking station. Contrary to what some people try, blocking the sensors is not the answer because it interferes with the infrared signal the device sends and receives from the docking station. The best advice is to turn a light on or only use the vacuum during the day.

The Problem With Night Vacuuming: Noise

The lack of light that affects some Robo vacuum models isn’t the only potential problem with running the device at night. There’s also the issue of noise. It’s hard enough going to sleep at night, the last thing you want to add is the noise of a robotic vacuum. Some automatic vacuums are surprisingly loud considering the device’s small size.

It doesn’t rival most traditional vacuums but you will hear it working at night. Not all models are noisy, in fact, some are designed for a quiet operation. You’ll find that some robot vacuums aren’t any louder than your microwave, which might be too much for some people even though it’s not that loud. To find out the noise output of a vacuum before you buy, check the product specifications or, better yet, video reviews.

Robot Vacuums that Work in the Dark

Several robot vacuums will clean in the dark, in fact, many of them even come at a wallet-friendly price. Robot vacuumed like the Roborock S5, the iRobot Roomba s9+, and the Dyson 360 Heurist are known for being great robot vacuums that are also quiet. Their noise level is also low so you can sleep while the robot vacuum is cleaning. 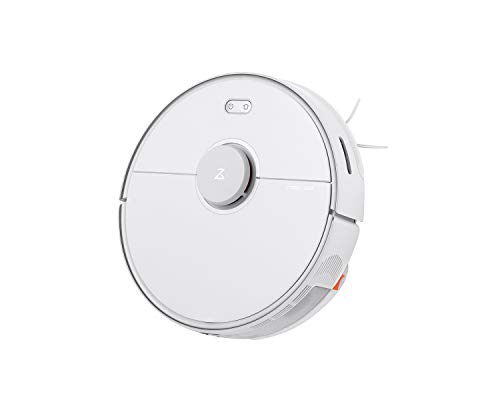 With 2,000 Pa of suction power, the Roborock S5 (from Amazon) will thoroughly vacuum your hard and carpeted floors. It can run up to 180 minutes before returning to the docking station. It’s also amazingly quiet when it’s working. The S5 relies on LIDAR technology (light detection and range) to scan the room, along with a SLAM algorithm that maps the floor to find the most efficient path. Along with cleaning all surface types, this handy device also comes with a water tank for mopping hard surfaces. 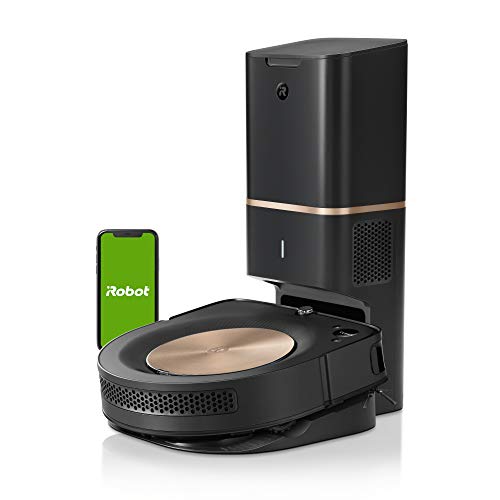 The Roomba s9+ by iRobot (on Amazon) is designed to work in light and dark rooms. Like other models, it uses LIDAR hardware to plot its path through the room. It boasts advanced sensors that scan ahead 25 times a second to ensure the device doesn’t run into obstacles or snags. The Keep Out Zone feature lets you set invisible barriers so you don’t have to worry about it when you’re asleep. It’s also intelligent enough to remember its path so it won’t backtrack.

The Dyson 360 Heurist (on Amazon) doesn’t care if it’s vacuuming in the dark because it comes with a 360-degree camera surrounded by eight LED lights: it can easily “see” any dirt or obstacles in its path. It’s also guided by optic sensors that surveys the room every 20 seconds, ensuring that the robot knows where to go at all times.

Additionally, there are three power modes to choose from, including one low power mode which is best to use so you don’t have to worry about as much noise while trying to get a good night’s sleep (additionally, it’s great for charging your phone quickly as we’ve explained before). There are also sensors to prevent it from going downstairs (which also include multilevel mapping).

Using a Robot Vacuum in the Dark

You can use a robot vacuum in the dark if you have the right one; remember that not every model can clean without the lights on. Look for models that come with the right hardware which includes LIDAR and other mapping sensors. If yours comes with a top-mounted camera, make sure that it’s surrounded by small LED lights because the lights are necessary for it to “see” in the dark.

Another important factor you shouldn’t forget is the noise. Check the volume output before you decide to vacuum at night, especially if you’re a light sleeper who’s easily bothered by noise. There’s a good chance that if you can hear the machine running, you won’t be able to sleep (unless you’re used to noise).