The Alexa smart assistant is a nifty way of interacting with the technology around you. Especially when using voice commands, it can feel like magic. But all those smarts are actually coming from the “cloud”, and require a Wi-Fi connection to pull off the real smart-assistant experience. However, you can technically use Alexa without Wi-Fi.

You can use Alexa without Wi-Fi, but the smart assistant’s capabilities will be limited. You can play music via the Bluetooth connection to another device, typically by first saying “Alexa, pair” or “Alexa Bluetooth on.” You can also use a personal hotspot to gain full functionality without traditional a Wi-Fi network.

The same thing could be said about the Google Home, the competition to Amazon’s Alexa. In other words, it’s possible to use all of these devices, the Google Home and the Amazon Alexa specifically, for different things but it’s necessary to have an internet connection for a few reasons that we’re going to explore below.

Why an Alexa-Enabled Device Needs Internet 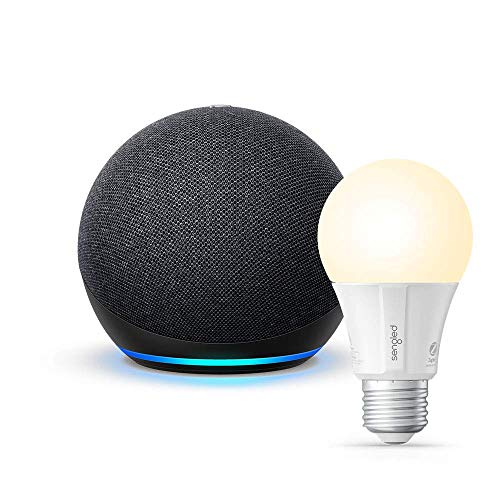 Alexa-enabled devices are designed to work with products from Amazon’s Echo product line, like the Echo Dot (from Amazon), but also with products made by other manufacturers that work with Alexa. Typically, these items are speaker and microphone combination units that look like small desktop speakers or tweed-covered domes. They come in many different shapes and sizes, and you can buy them nearly anywhere.

These devices are “Alexa-enabled” because, when they are provided electricity and connected to a wireless internet network (Wi-Fi), we are able to speak and interact with Amazon’s “Alexa” virtual assistant. But is it the actual software on the device, on the Echo Dot (for instance), or somewhere else that your words are analyzed and unpacked? Where “is” Alexa?

When properly connected, the Alexa-enabled device receives our words, converts them to digital information chunks, and sends them to Amazon’s servers to be interpreted and responded to, and so Alexa’s voice responds through your device, but the thinking and understanding is happening somewhere else. That’s what the devices typically need the Wi-Fi connection. Without it, the Alexa-enabled device serves as little more than a paperweight or, in some cases, a serviceable Bluetooth speaker.

The disconnected device has no way of understanding our voice commands, much less respond to them, and cannot summon Alexa to do our bidding. Put simply, you always want to make sure that you have an internet connection when using an Amazon Alexa because it’s the only way that it can function at maximum capacity. If you don’t have Wi-Fi in your home, though, you do have some options.

How to Use Alexa with a Personal Hotspot

Clearly, without connection to a Wi-Fi network, Alexa’s availability is reduced. But all is not yet lost. If you truly miss Alexa that much, you may be able to find her with your smartphone. You can use your cellphone as a “Hotspot,” providing a Wi-Fi network for your Alexa-enabled device that contacts the internet through your phone.

Your smartphone’s Hotspot capability is determined by both your cellular carrier contract and your phone type and operating system. To see if you have this option, checking your smartphone’s cellular settings is a good place to begin. Hotspot availability can be something you pay extra to your cellular provider for when signing up, or it may be included automatically, but including it in a plan by default is becoming more common.

Turning your smartphone into a Hotspot allows it to act as a mobile Wi-Fi network. Once it is activated, other devices that utilize Wi-Fi (or Bluetooth, but more on this later) can detect and connect to this network.

This connection is referred to as “tethering,” and is usually limited to a maximum of ten devices. Be aware, the more devices you connect to your Hotspot, the more bandwidth is used, which slows the flow of data to all devices. Your smartphone in turn redirects this Wi-Fi information through its cellular network connection, which allows your phone to work as a hostpot-bridge for smart devices. You can connect an Echo to the Alexa backend this way.

Drawbacks to Using a Personal Hotspot For Alexa Internet Connection

If it sounds easy and convenient, it is. However, there are a couple of drawbacks to the personal hotspot option. First, hotspotting offers generally slower internet speeds, as all that internet information is squeezed into the narrower bandwidth of the cellular network.

Further, because of all that cellular data use, you run a greater risk of maxing out your cellular plan’s data included in your monthly plan. If you do make use of Hotspot networking regularly, your smartphone isn’t the only device able to offer a Hotspot connection. There are also portable devices engineered for this specific purpose, such as the GlocalMe G4 Pro 4G LTE Mobile Hotspot (on Amazon).

While convenient and with low upfront costs, these devices, like your smartphone, require being associated with a cellular carrier to work, which incurs additional charges. Even though we’ve explored why it’s best to have internet when using smart home devices, there are some things that you can do without Wi-Fi or a hotspot connection.

Things Alexa Hardware Can Do Without Wi-Fi

Alexa is best considered a personality, or even a kind of interface if you want to get technical. As we’ve taken pains to point out, Alexa, versatile as she is, just won’t come around without a Wi-Fi network to invite her in with. However, some Alexa-enabled devices offer some additional features that do not require Alexa to be present.

Alexa Can Use Bluetooth Without Wi-Fi

We mentioned Bluetooth earlier; Bluetooth is another method, not unlike using a Wi-Fi or cellular connection, to connect two devices together wirelessly by a process called “pairing.” Bluetooth connects two devices by using low-frequency radio waves, which allow information-containing packets to “ride” along with them.

These radio waves then allow information to be exchanged between two, and only two, paired devices, across short distances. Conveniently, many Alexa-enabled devices are also Bluetooth compatible, and Bluetooth device pairing does not technically require a Wi-Fi network. To use this connection, you can typically put your Alexa-enabled device into pairing mode with voice commands like “Alexa, Pair” and “Alexa, Bluetooth On.”

So, it’s possible to pair your Alexa-enabled device with devices over Bluetooth and do some things without having access to a full Wi-Fi system. This isn’t tethering, it’s basically just using the Alexa enabled device as a smart speaker that responds to some commands. You may be able to connect your device with other equipment via Bluetooth, but apart from the phone–Bluetooth speaker relationship, there won’t be much you can do, because these devices, even if they can pair over Bluetooth, are just simply not designed with the software capability to function at full capacity over simple Bluetooth connections that don’t even guarantee internet access.

It’s technically possible to connect other smart-home devices to your Echo equipment, for instance, but you’re not going to be able to run a smart-home that uses the Wi-Fi-less Echo as a Bluetooth hub. You can connect to the speaker itself to use it as a Bluetooth speaker, but it can’t expand on that network to allow more smart-home features without the firm foundation of a Wi-Fi network.

If it’s still unclear, Alexa-enabled devices need some kind of Wi-Fi connection to make good use of Alexa. While using a Hotspot connection can find Alexa without the traditional Wi-Fi network, there are some limitations. But, your Alexa-enabled smart speakers will still be able to get some core functionality via Bluetooth, which you can trigger using voice commands like “Alexa, Pair” and “Alexa, Bluetooth On.”