If you are having issues with slow internet speed, you might have wondered if using ethernet and Wi-Fi at the same time could improve your connection speed on your laptop or computer. Wi-Fi and ethernet are both effective ways to get the internet to your computer on their own, but can you use both at the same time?

Wi-Fi and ethernet can be used at the same time on your computer, however, the connection will not be any faster than just using one connection type. This is because the data comes from the same source, the same router. So the internet speed is limited by the max speed of the router.

How to use Wi-Fi and Ethernet at the Same Time

Using both Wi-Fi and ethernet at the same time will not speed up your internet. The reason is that the internet speed is limited by the data speed of the router you are using, the upstream connection speed, or in some cases, even bad weather, like we’ve explained before. Think of your routers like your garden hose and faucet, if you turn it on all the way the flow rate of the water will be at its fastest rate, let’s say it fills up a gallon bucket in 1 minute.

Now imagine you connect a tee fitting to the end of your hose to divert the flow into 2 separate directions, then turn the faucet on full blast again. If you have both ends of the tee on the hose going into the gallon bucket, it won’t fill it any faster than 1 minute. This is because your faucet, the upstream device, is now feeding the flow of water to both openings in the tee fitting.

It can’t provide water any faster just because you attached a tee fitting to it. It is still limited by the upstream flow rate of the faucet (which is the same as your router’s upstream connection speed)!  Your router is the bottleneck of your internet speed, connecting to it with 2 different methods- Wi-Fi and ethernet- will do nothing to increase the internet speed. In fact, it will likely slow down the internet speed!

How Does Connecting Wi-Fi and Ethernet Together Slow Your Internet?

Connecting to both Wi-Fi and ethernet at the same time can slow your internet speed because the data packets being sent by the router can get mixed up, duplicated, and/or received in the incorrect order on your computer. Your computer won’t be able to process the information correctly and the internet will slow down.

In other words, staying with one connection, ethernet or Wi-Fi, is the best way to optimize your internet speed. If you have an older laptop with an old Wi-Fi chip and/or an older router, you may not be capable of sending or receiving data at the full network speed from your router.

Some Software Can Combine Wi-Fi and Ethernet Internet Technically

There is special software from Speedify that allows your computer to connect to both Wi-Fi and ethernet at the same time. However, this only works if the ethernet and Wi-Fi are completely separate routers and networks. Connecting to the same router and same network with both Wi-Fi and ethernet will not allow you to access the internet at a faster speed. Remember, the router is the upstream speed bottleneck.

Can You Use Two Different Wi-Fi Networks at Once Increase Your Speed?

Maybe if you connect your computer to ethernet through your router in your home and connect your Wi-Fi through (for instance) your neighbor’s router using the special software, you can potentially increase your internet speed. Don’t let the neighbors know that they have an easily guessed Wi-Fi password just yet! You want to enjoy their internet speed boost for as long as possible! Your computer is limited on how much data it can receive at once. It’s limited on that downstream data flowrate. The speed at which your computer can receive data is the downstream bottleneck for your internet speed.

Even if this did work, you can’t merge two Wi-Fi networks into one SuperNet work because of the way the Wi-Fi protocol works. Some devices called mesh networks can pull this off, but ultimately you will always still be limited by the pipeline from the ISP. 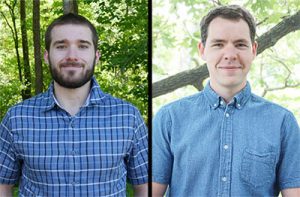